This was exciting: an Eleven Madison dish that doesn’t have 10 subrecipes and is actually relatively straightforward to make? Sounds too good to be true!

To be honest, it was hard for me to imagine how this brief list of simple ingredients would pull together to taste like something worthy of the “world’s best restaurant.” It was, after all, just slices of Asian Pear, slices of Kohlrabi, some cheese, and hazelnuts, That’s basically it. I was enticed by the simplicity, however, and thought that I would eventually give it a try.

I am fortunate enough to work right next to the Bowling Green Greenmarket in Manhattan, and one Thursday morning on my way in to the office, I saw amazing-looking Asian pears for sale, and, on a whim, picked some up with the expectation of making the dish over the weekend. I could not find Kohlrabi, however, but found a purple version on Fresh Direct. That was good enough for me. 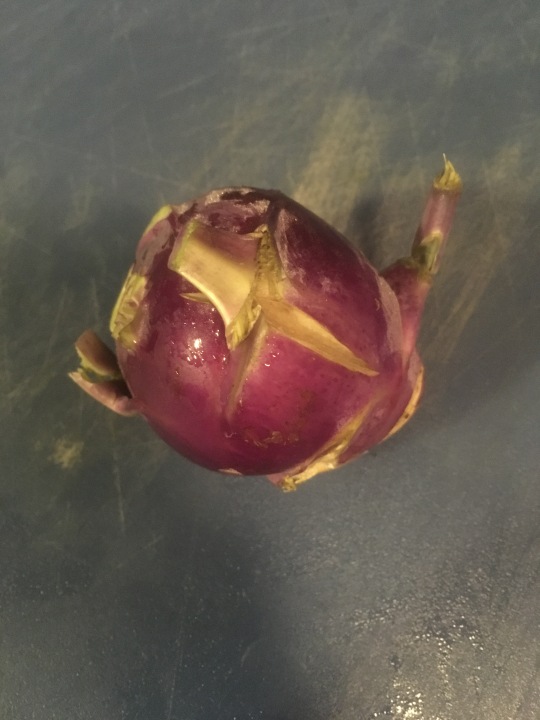 The Asian Pear and Kohlrabi would be infused with a pickling liquid. Now, normally when I’m pickling something, I use a low grade vinegar. I have a deep appreciation for vinegar, and the stuff I use tends to be more of the high-end finishing variety than something to be used for pickling. Since this dish contains so few ingredients, however, I knew that every component was integral and needed to be of the highest quality. Therefore, I used my favorite vinegar, O brand California White Balsamic.

The recipe calls for the use of a chamber vacuum, an incredibly expensive device that I don’t have. I do, however, have a regular vacuum sealer. The problem, however, with sealing liquid in one of these home-grade units is that it gets sucked out of the bag and into the machine. When the machine gets wet, it won’t work until it dries out, which can take several hours. The solution I have come up with to help curtail this is to line the top of the bag with paper towel. The towel absorbs much of the liquid and prevents it from getting into the machine.

Another expensive device this recipe calls for is a deli slicer, which I also don’t have. However, I found the use of a Benriner Mandolin perfectly suitable. I cut out the rounds with a ring cutter and sealed them in their bags.

If you haven’t read the book already, the new EMP The Next Chapter utilizes a steam oven in many recipes. I do not own such an oven, nor do I intend to, so I kind of have to just figure out a solution for each dish that calls for one. In this particular case, I thought cooking the kohlrabi in a water bath using an immersion circulator would work well. Using the time and temperature listed in the book, I dropped the kohlrabi in the water for one hour.

While the kohlrabi cooked, I prepared the hazelnuts. What I didn’t realize is that the recipe calls for BLANCHED hazelnuts, and I had plain shelled hazelnuts. Luckily, frying the nuts, which the recipe called for, was enough to make the skins peel right off. I then proceeded to make the hazelnut butter. This component definitely did not come out as intended. I halved the recipe, so maybe I didn’t have a critical mass of nuts in my Vitamin to really get it going, but I was basically left with a clumpy mess that didn’t taste nearly as good as store-bought hazelnut butter. The fact that I probably added too much water in an effort to help the mixture blend (the recipe suggests this also), made the situation worse. The product I was left with was not only clumpy, but tasted watered down. 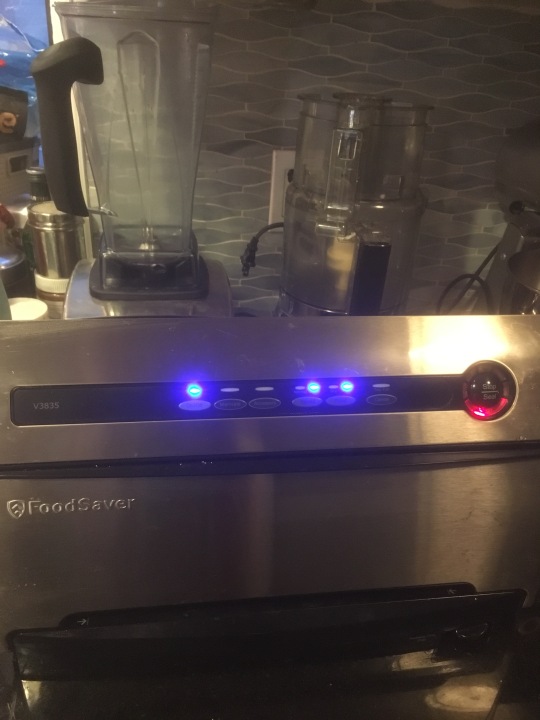 As the kohlrabi finished cooking, I took the cheese out of the fridge. This particular cheese, Tarentaise, was hard to track down. I saw online that Murray’s Cheese has it, which isn’t terribly far from where I work, so I thought maybe I’d make a trip there. However, I needed to order some speciality items (unrelated to any of these recipes) from Zingerman’s, which I saw just happened to have this exact cheese, so I simply tacked it on to my order. Saved myself a trip uptown!

After toasting the hazelnut garnish and cooling down the kohlrabi in ice water, I began to plate. Using a ring cutter, I cut rounds out of the Asian pear and Kohlrabi. I then staggered them on a plate and sprinkled some Guerande brand Fleur De Sel on them. Working quickly, I used my microplane to grate some cheese on top and then finished with the sliced hazelnuts. I used an offset spatula to spread some of the hazelnut butter next to the main ingredients, and — Voila— the dish was done.

This dish was very pretty, subtle, and pleasant, but my wife and I agreed that it wasn’t a “wow” dish. It was good, but not entirely memorable. Therefore, I would probably make it as part of a multi-course tasting menu at a dinner party, where not every single dish is going to be a home run, but more than serviceable.